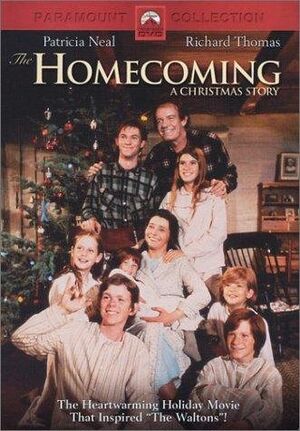 The Homecoming was a 1971 family drama movie, which serves as the pilot for The Waltons. Although it was not expected to be a pilot for a series, it was popular enough for a series to be commissioned.

The Homecoming was in fact the second screen adaptation of author Earl Hamner's Jr.'a book, "Spencer's Mountain," following the motion picture of the same name, released in 1963.

Community content is available under CC-BY-SA unless otherwise noted.
Advertisement